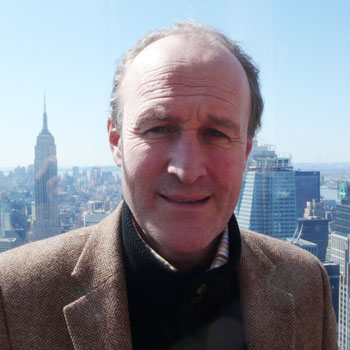 Sir Peter Bazalgette is one of the leading figures in international TV production and media convergence. He helped to establish the independent TV production industry in the UK and became global head of programme creation for Endemol. He was responsible for hits like Big Brother and Deal or No Deal, as well as formats of his own such as Ready Steady Cook and Changing Rooms. He is also an accomplished writer.
Peter was President of the Cambridge Union in the 1970s, worked as a BBC documentary reporter in the 1980s and delivered the Mac Taggart Lecture at the Edinburgh International TV Festival in 1998.
He is currently an advisor to Endemol and a director of several digital companies including YouGov and MyVideoRights. He is also a former board member of Channel 4. Peter now sits on the board of the English National Opera and is Deputy Chairman of the National Film and Television School. He broadcasts, writes regularly for the newspapers and is the author of several books including The Food Revolution and Billion Dollar Game.
In September 2012 he was appointed Chairman of Arts Council England.

Peter speaks regularly on all aspects of media, the digital revolution and managing creativity. As an aside, he also speaks with humour about 'The Great Stink' the story of how his great great grandfather (Sir Joseph Bazalgette) cleansed Victorian London with his sewage system.

He captivated his audience with predictions on the future of TV that were grounded in practical realities, endorsed by the authority of his global experience, and animated by his unique brand of self-effacing humour.  Walt Disney Television, EMEA - Peter spoke at a Disney Worldwide Management Conference - 2008
Peter was insightful, motivating and fun to listen to. He speaks with conviction and is armed with a tremendous knowledge of what is working and what is not in the digital world. Our audience found this a really stimulating contribution.  Deloitte - 2008
Peter's presentation drew on all his experience in the world of media, hit the brief exactly, was extremely engaging and amusing, and really set the scene for the rest of the conference. I cannot recommend him highly enough.  Financial Times - Peter spoke at the FT's International Sales Conference 2008
Read More