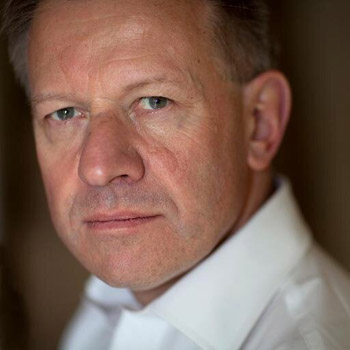 A career diplomat with particular knowledge and experience of the Middle East and south-east Asia. Sir Sherard Cowper-Coles has represented the UK in various countries throughout the world.
Sir Sherard joined the diplomatic service in 1977 after university and was Third Secretary, later to become Second Secretary in Cairo.  He then held diplomatic posts in Washington and Paris, followed by his appointment back in London as PPS to Robin Cook, Secretary of State for Foreign and Commonwealth Affairs, from 1999 2001.  He served in the planning and security departments of the FCO as well as Resident Associate at International Institute for Strategic Studies.
Sir Sherard served as British Ambassador to Israel from 2001-3,  Ambassador to Saudi Arabia 2003-6 and then as Ambassador in Afghanistan from 2007-9.
Sir Sherard has been outspoken about the political and military strategies in Afghanistan, notably in his acclaimed book Cables from Kabul. He courted controversy by refusing to follow the public pronouncements of the allies and the military, declaring that their anti-insurgency strategy and plans for political and social stability were flawed.
In June 2010 it was announced that he had taken "extended leave" from his position in Afghanistan.
Now working for BAE System as international business development director in the Middle East and south-east Asia, Sir Sherard is a regular contributor and commentator in the media.
He speaks fluent Arabic, Hebrew, and French and studied Pashtu before his posting to Afghanistan.
Read More