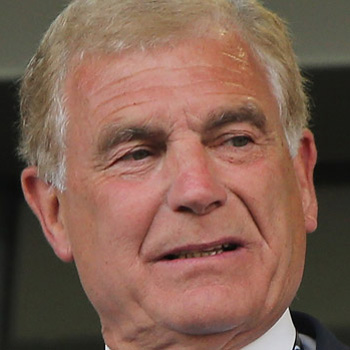 He is chiefly associated with West Ham United, having played as an attacking midfield player and centre forward between 1967 and 1984, making 636 appearances and scoring 103 times, wearing the number 10 jersey. He won the FA Cup twice, in 1975 and 1980; in the latter, he scored the only goal in a 1-0 win over Arsenal with a header.

He also played for England 47 times, scoring 5 goals. However, he only played in major tournaments twice. At Euro 1980 (Italy) he played in England's opening game against Belgium (drawn 1-1), but was dropped for the second game versus Italy (lost 1-0). He was re-instated to the starting eleven against Spain and scored England's first goal in a 2-1 win. Due to injury World Cup 1982 was to see him limited as a substitute against Spain. England needed to win to qualify for the semi-final but was held to a 0-0 draw by the host nation Spain.

In 1984, Brooking joined the BBC as a pundit, and has featured on radio and television commentary since, including the BBC's Match of the Day and coverage of World Cups and European Championships, in which he became famed for regular references to his old club West Ham United.

Brooking was Chair of the Eastern Region Council for Sport and Recreation from 1987 until 1997, and between 1999 and 2002 he was chairman of Sport England.

In December 2003, he joined the Football Association as Director of Football Development, and was a key part of the selection process for the successor of Eriksson, revealed in May 2006 to be Steve McClaren.

There have been recent reports to suggest that he is no longer happy with the state of play of English football and has concerns over the future generations of the game with the huge influx of foreign players. He is highly thought of throughout the game.