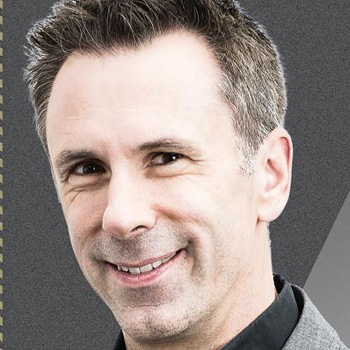 Spencer Kelly presents the BBC2 technology programme Click. It's also broadcast on BBC World News, allowing viewers in more than 200 countries watch him indulge his passion for science and technology. He appears across BBC TV and Radio, giving tech advice, and tweets @Spenley.
Spencer graduated with a double first in Computer Science from Cambridge University and has had a life-long love affair with science and technology. He recently became an Honorary Doctor of Technology at Coventry University.
He has reported from countries across the globe on all kinds of technology issues " from the crazy robot restaurant in Japan, to the life-changing impact of just one computer on an Indian village, and one SIM card on the slums of Johannesburg. He has tested satellite broadband in the scorching Namib desert, and the mobile signal in frozen Finland. He has been turned into an alien in the studios of Industrial Light & Magic in San Francisco, and cast a doubtful pair of eyes over 3D movies in LA.
Previously he presented on Channel Five"s The Gadget Show, and had a seven year stint hosting the breakfast show on Ocean FM. He began his career reporting on traffic problems from a light aircraft, and consequently has many dull theories on traffic behaviour.
Not content with being on-screen, Spencer is frighteningly hands-on behind the camera, writing, directing, shooting and editing features. He's also a self-confessed post-production nut, and uses his daily commute to create many of Click's graphics and visual effects.
Spencer has pursued some controversial investigations, including exposing security loopholes in Facebook, and giving the first television demonstration of a botnet " showing the power available to hackers who take control of a network of infected PCs.
Read More