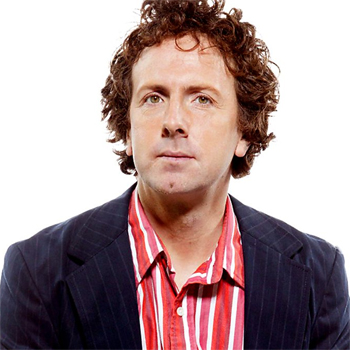 Writer/performer of Radio 2's It's Been a Bad Week and  Radio 4's The Now Show. Steve first came to prominence on BBC2's The Mary Whitehouse Experience and BBC1's Punt and Dennis with long time performing and writing partner, Hugh Dennis. The extent of their writing credits have established them as the workhorses of British comedy.
As well as appearing on programmes such as Loose Ends, The Motion Show and The Treatment, he has contributed to many of the list shows such as  I LOVE THE 1980s on BBC 2, and has been on Have If Got News For You and Mock the Week,  for which he also writes.
Steve's background writing for topical shows means that he is excellent at creating or adapting material to a specific brief.
"Steve Punt was really excellent tonight. Adored by the room, and a lovely bloke with it."
Construction Industry Dinner - September 2013
"The whole event was a great success and the feed-back about Steve's performance has been really good " everyone was laughing, which is always a good sign with a comedian!!"  Cleaning & Support Services Association Annual Luncheon - May 2012
"First class - the material was spot on, and combined industry references with topical comedy."  Hugh and Steve spoke at the ABI Financial Media Awards
Read More