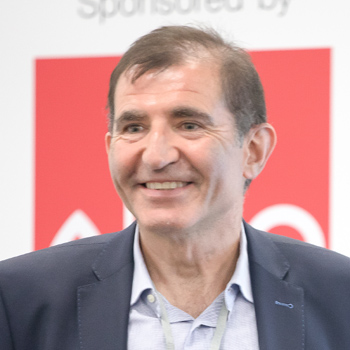 Stuart combines the skills of a former national TV reporter and presenter with those of a hugely experienced business leader who has worked with the world's largest companies at Director level.
He is adept at getting across issues quickly, asking direct questions in an engaging way, and setting the agenda for debates or interviews so that they are as productive and interesting as possible. When he chairs discussions, hosts events, conducts interviews or leads workshops, he brings a great deal of knowledge and experience of a very wide range of businesses and organisations.
Stuart has worked across PR, corporate communications, marketing and investor relations. As well as leading discussions and events, he can if required help develop the messaging and content of the event and coach the guests. He has most experience of events for people who are there in a professional capacity: as B2B customers, members of a professional organisation, as employees, stakeholders or senior management.
For the first ten years of his career Stuart was a TV and radio reporter, working on air for the BBC, ITN, and Sky News in the UK and ABC Australia. He then pioneered broadcast PR in the UK when he founded The London Bureau, a business which delivered television coverage for large corporates and government departments. As a result he worked at a senior level on major stories and announcements, coached company leaders to perform on the broadcast media, developed their story and message, and advised on the angles to take.
When The London Bureau was sold to a NASDAQ-listed company, Stuart became Senior Vice President, International, managing a global network of offices and affiliates. From this point onwards he began to also deliver international projects for major clients.
He founded BroadView, in 2001 to exploit the potential of the internet as a video medium and he has been a pioneer in digital strategy using video.
In his career as a senior consultant Stuart has won multiple national awards. The many clients he has worked with include BT, IBM, Sony Europe, Canon Europe, JP Morgan Asset Management, HSBC, American Express, Unilever, P&G, Statoil, National Grid, Land Securities, PwC, the Home Office, the ACCA and the Department of Transport. He has been an adviser to the Football Association and was for four years on the London Council of the CBI.
"Stuart's combination of enthusiasm, energy and insight as chairman really helped deliver a brilliant conference for Vision, the architectural design event at Olympia.  The conference had a stellar line up of speakers and thought leaders from leading architects and engineers, and Stuart did a wonderful job of hosting and moderating the conversation. There was real chemistry on stage which, when combined with deeply insightful Q&A sessions, provided our delegates with a valuable and thought provoking experience.

Stuart is not a passive chair only interested in introducing speakers and then remaining in the background. So if you want a dynamic, challenging person with real business experience who will work hard to build a rapport with the audience and get them involved in the conversation… then Stuart is your man."
Mark Smith, Content Director, Vision 2017
Read More