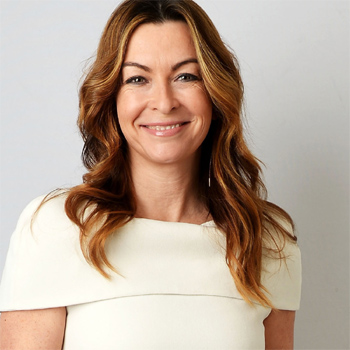 Suzi Perry is the face of BBC Formula 1.
Her sporting credentials also include BBC's live coverage of Royal Ascot, presenting Speedway, the Grand Prix Series and World Superbikes on Sky Sports, and she also featured on BBC's Grandstand presenting Moto GP from around the world.
Away from sport, Suzi enjoyed an extremely successful eight years as a presenter on Five's hugely popular and successful 'The Gadget Show'.
Suzi's other numerous TV credits include:
The Ball's In Our Court for UKTV
four series of City Hospital for BBC1
four series of Housecall for BBC1
Watchdog Health Check for BBC1
On The Spot lottery show for BBC1
co-hosting Superstars with Jonny Vaughn for BBC1
Treasure Hunt on BBC2 in the UK and for its international version
What's The Big Idea for Discovery
How to Take Stunning Photographs for Five
In demand as a corporate host, Suzi is often called upon to present events for major companies such as Sunseeker, HSBC, BT, DELL, Suzuki and Honda. She hosted the launch of new Samsung electronic products and in 2012 hosted the worldwide launch for Samsung's Galaxy S3 phone.
As well as being a passionate and knowledgeable corporate host, Suzi has also worked on many media
campaigns for brands including Littlewoods, Virgin Media and Phillips.
Suzi supports many charities including Promise Dreams, Marie Curie, Sparks, UK Youth and Burn Aid.
With her technology expertise and media experience, Suzi was the perfect choice to front the Philips Saeco 'Moments to Savour' campaign. She understood the needs of the brand and delivered messaging perfectly. Suzi was very popular with broadcast journalists and was a true professional when filming the Saeco 'Gadget Wish List' web film. An absolute pleasure to work with!"
Associate Director, Ketchum Pleon - October 2012
Read More