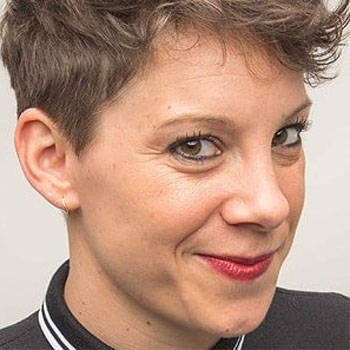 Suzi’s innovative style captivates audiences with her engrossing tales of social ineptitude. Lauded as ‘a real stand up gem’ by The Guardian this young independent woman celebrates her working class roots with a sideways look at the world.

Regarded as one of best up and coming acts, Suzi was nominated for the Best Breakthrough Act at The Chortle Awards in 2017. She is in constant demand at clubs and theatres across Britain. Fast establishing herself on the live circuit supporting Alan Carr, Josh Widdicombe and Kevin Bridges on tour she then went onto have a sell-out double header tour with Romesh Ranganathan in the spring of 2015. Her 2016 and 2017 runs at the Edinburgh Festival saw her sell-out and receive critical acclaim nabbing the working-class comedy crown of her generation. Suzi’s television appearances include two series of Comedy Central The Comedy Store and Comedy Roast Battle, Channel 4’s It Was Alright in the 70s, BBC3’s Climaxed, Ed Fest Live, E4’s Virtually Famous. Suzi is also a regular on Radio 4 including News Quiz and The Now Show.

Suzi is currently busy touring the UK before she heads to Australia for the Melbourne International Comedy Festival Roadshow. This August will also see her return to Edinburgh with a brand new show Nocturnal. The talented writer who has written for Mock The Week, The Last Leg and 8 Out Of 10 Cats is also developing her own sitcom.