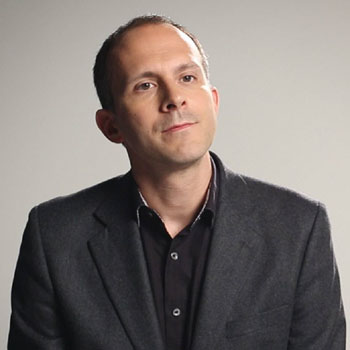 Tim Harford is an economist, journalist and broadcaster.
He is a senior columnist for the Financial Times. His long-running column, The Undercover Economist, reveals the economic ideas behind everyday experiences, while he also writes op-eds, interviews and long feature articles for the FT.
Tim‘s first book, The Undercover Economist" has sold one million copies worldwide in almost 30 languages. He is also the author of  The Logic of Life,  Dear Undercover Economist, Adapt" and most recently The Undercover Economist Strikes Back.
As a broadcaster, Tim has presented television and radio series for the BBC, most famously More or Less on Radio 4. His Radio 4 series, which launched in 2013, is called Pop Up Ideas. He is an evangelist for the power of economics, wisely used, and has spoken at TED, PopTech and Sydney Opera House.
Tim was named Economics Commentator of the Year in 2014, courtesy of the Comment Awards. He won the Rybczynski Prize 2014-15, awarded each year by the Society of Business Economists for the best business-relevant economics writing. Tim also won the Bastiat Prize for economic journalism in 2006 and was runner up in 2010. More or Less has an outstanding record in The Royal Statistical Society‘s excellence in journalism awards for broadcasting: runner up in 2011, 2012 and 2014, winning outright in 2010 and 2013. Tim won for his own writing in 2015. More or Less has also won awards from Mensa and HealthWatch.
Tim was named one of the UK‘s top 20 tweeters by The Independent.
He has appeared on the Colbert Report, Newsnight, Marketplace, Planet Money, PM, Today, The One Show and many other popular radio and TV programmes. His writing has been published by leading magazines and newspapers on both sides of the Atlantic, including Esquire, Forbes, Wired, New York Magazine, the Guardian, the Sunday Times, the Washington Post and the New York Times.
Tim was the first Peter Martin Fellow at the Financial Times, and was a member of the Financial Times editorial board from 2006-2009. He previously worked for Shell and for the World Bank.
He is a member of the Royal Economic Society council and a visiting fellow at Nuffield College, Oxford. He lives in Oxford with his wife and three children.