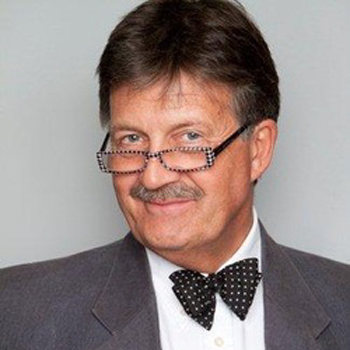 Born and brought up in North Devon, Tim attended auctions from a very tender age, watching his father conduct sales for the family firm during the school holidays.  His first experience of auctioneering (selling the contents of a kitchen at the end of a farm sale) when aged around 16,  led him to pursue a career as a professional in the auction and property business.  Qualifying as a Chartered Auctioneer and Chartered Surveyor enabled him to gather considerable experience in the provinces, but in order to further his interest in the field of Fine Art auctioneering; he was inevitably drawn to London.  Following a post-graduate course at the V & A's study centre for the Fine and Decorative Arts, he joined Sotheby's in London in 1978, becoming a junior Director in 1983 and full Director in 1985.
Tim is married with three children and lived for 15 years in Cheshire, running Sotheby's operations in the north west.  In 1998 he was appointed Chairman of Sotheby's South saleroom in Sussex and in 2001, became Chairman of Sotheby's new saleroom at Olympia in London, dual roles which he held until 2003.
Tim started his career at Sotheby's in London, working principally in the Furniture Department. His main area of expertise lies in this field, but over the last twenty years with Sotheby's, he developed a considerable breadth of experience throughout the decorative arts, including clocks, barometers, 19th century sculpture and works of art, ceramics and silver.  He has conducted auction sales throughout the United Kingdom, North America and such far flung places as India!
Once described by the Daily Telegraph Arts Correspondent as 'Sotheby's Finest Auctioneer' and apart from conducting sales at Sotheby's, Tim has helped many Charities over the years to raise money at auction, the most successful of which was the London 'Cow Parade' auction held in autumn 2002, which raised over £400,000 for Childline! Tim conducted another auction for Cow Parade in the Isle of Man in the presence of Prince Andrew which made over £110,000.
Tim first started appearing regularly on television in the early 1990's on BBC Antiques Roadshow and has remained a regular contributor ever since.  He was also a regular 'expert' appearing on The Great Antiques Hunt with Jilly Goolden (and the bloodhound).  These appearances included two Christmas 'specials' when Tim appeared with June Whitfield and Pauline Quirke!
In 2001/2002, Tim became presenter of the ITV series Buried Treasures  for Carlton West Country when he interviewed personalities inclcuding the Duchess of Devonshire and Jean Shrimpton about their favourite rooms and taste in antiques.
In July 2003, Tim took over as Daytime Presenter of BBC 1 Bargain Hunt, a programme he continues to present to this day, including celebrity and charity versions for Children in Need and Comic Relief.
Tim has also appeared on BBC 2's Restoration, to champion the Grade 1 listed Mill at Moulton in South Lincolnshire and also filmed a piece for 'The Divine Michelangelo' which was broadcast on BBC 1. Most recently he appeared on Royal Upstairs, Downstairs on BBC.
In the corporate market, he is a popular after dinner speaker, host and of course auctioneer.
Read More