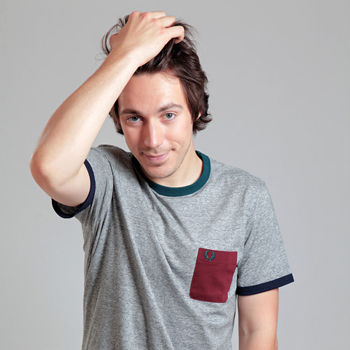 Tom Deacon, the 2007 winner of Chortle's Student Comedian Award and finalist in the Amused Moose New Act Competition has burst onto the comedy scene drawing all eyes his way with his undeniable stage presence and slick timing.

As a stand-up Tom has appeared in Edinburgh and Beyond (Comedy Central), and was asked to attend the first stage of Last Comic Standing in Miami.

In 2008 Tom took part in the Edinburgh Festival's longest running group comedy show, The Comedy Zone, which previously launched the careers of Dave Gorman, Harry Hill, Stewart Lee, Al Murray and Ross Noble. Here Tom was deemed the star of the show by the Sunday Times 'with looks, confidence, charm and great material. Expect other comics to lynch him.'

In 2010 Tom started hosting his own weekly Radio One Show featuring music and chat from celebrity guests. Tom has also appeared performing stand up on BBC2's Rob Brydon Show and on Dave's One Night Stand.