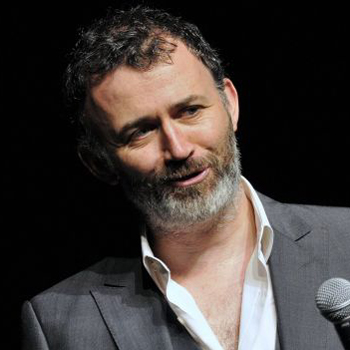 Within just two years of starting a stand up career, and with his debut solo Edinburgh Festival show, Tommy Tiernan was awarded the prestigious 1998 Perrier Award at the Edinburgh Festival, for his outstanding contribution to comedy, along with the 1998/9 British Comedy Award for "Best Stand Up".

An acclaimed comedian and actor, Tommy's enchanting combination of hilarious recollections of growing up in rural Ireland, with acutely observed (poignant) material about relationships " and the world at large, ensures that his act is a journey of offbeat twists, hysterical stories and brilliant one-liners. His sheer originality and overwhelming talent guarantees that there is no other performer like him.

His outstanding live appearances have brought forth, major industry attention, with interest from both feature film and television markets. His strong, energetic performances have guaranteed him a headline name in the UK (Tommy recently completed a major sell out tour of the UK), major league status in his native Ireland; headline shows throughout Europe " and a sell out tour of Australia and New Zealand. A prolific writer, his turn over quality material is nothing short of out standing; the strength of which resulted in Tommy signing a major publishing contract with Headline Books for his debut novel, published by Review in 2000.

As a stand up comedian, Tommy has appeared on programmes including BBC`s " The Stand Up Show", "Hold back the night" for Parallax Pictures; 'The Slot' for Channel 4 and in feature films " Angela Mooney Dies Again", " The Life of Stuff" and " The Matchmaker".  Tommy also co-starred in the final episode of the last series of " Father Ted" (as Father Kevin" " the crying priest), which won him great praise.
In April 2009 Tommy set the Guinness World Record for the longest Stand-Up Comedy Show by an individual with a staggering 36 hours and 15 minutes.
In 2010 Tommy performed in The Royal Albert Hall and completed a sell out solo tour of Australia and New Zealand, The Udderbelly Festival in London, The Toronto Just For Laughs Festival in Canada, The Edinburgh Festival and he headlined " The Michael McIntyre Comedy Roadshow" in the UK.
A formally trained actor, Tommy also has a huge range of theatre credits to his name.
Read More