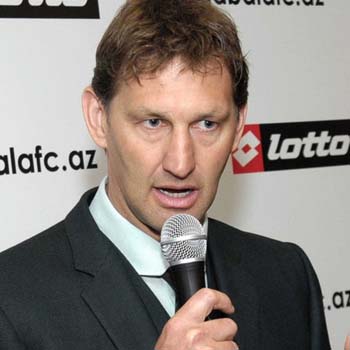 Former footballer and founder of addiction clinic Sporting Chance, Tony Adams made his league debut aged 17 in November 1983. But hopes of forming a partnership with David O'Leary in the central of defence were set back when he sustained a stress fracture in his right foot. Promising youngster Martin Keown moved in to take Tony's place, but Keown signed for Aston Villa after a contract dispute. Tony Adams took his second chance and never looked back since, collecting Arsenal's Player of the Year Award in 1987.

England boss Bobby Robson selected Tony Adams for the International team, adding that he had "such a great stature for someone so young."

Tony was involved in the European Championships, scoring against Yugoslavia in the qualifiers and against the USSR in the 1990 Finals.

Meanwhile, his defensive ability helped Arsenal FC to win the 1987 Littlewoods Cup and he captained the side taking the Championship twice - at Anfield in 1989 and two years later in 1990-91.

After not taking part in the International scene for that season, Graham Taylor recalled him to play in the 1992-93 World Cup qualifiers, and he's remained in favour ever since with Terry Venables, Glenn Hoddle and Kevin Keegan. Tony went on to win 66 caps for England scoring 5 goals.

He skippered the team to glory in their unique 1993 FA Cup and Coca-Cola Cup double - the following year he lifted the European Cup Winner's Cup in Copenhagen, and became the most successful Arsenal captain in history.

Tony retired from football at the end of the 2001/2002 campaigns helping Arsenal to the double, and stopping Manchester United's dominance of the domestic game.

Since retiring as a player he has earned his manager badge at Portsmouth.