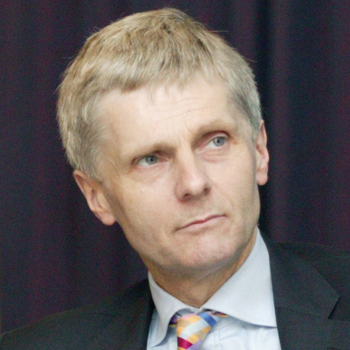 Tony Travers is a well-respected commentator on the public sector and local government, particularly in relation to London. He is director of the London School of Economics' Greater London Group and he is also a visiting professor in the LSE's Government Department.

He is currently an advisor to the House of Commons Education and Skills Select Committee, and from 1992 to 1997, was a member of the Audit Commission.

He was a member of the Urban Task Force Working Group on Finance and has published a number of books on cities and government, including The Politics of London: Governing the Ungovernable City.

Tony broadcasts and writes for the national press and is a popular choice for corporate events, be it for giving keynote addresses or contributing to panels discussing political economics.
"Tony's presentation went down extremely well with our audience. He is hugely well informed and has a very engaging presenting style ...Our event was presented 'in the round' and we were using interactive voting screens during the day. Tony was very happy to adapt to the demands of these two features, and fully engaged with both ideas. This meant that the audience were able to have a real two-way conversation with Tony. I wouldn't hesitate to recommend him to others."  Tony spoke at the Driver Hire Nationwide Franchise Meeting - January 2013
"Tony absolutely earned his money! He was engaging, thought provoking, and his sense of humour went down really well...I would absolutely use [him] again"  Tony took part in a panel discussion for Ernst & Young - Sep 2007   Photo courtesy of Nigel Stead
Read More