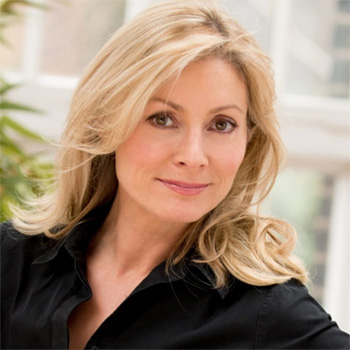 TV presenter Trish Lynch is best known for her travel-show reporting around the world and anchoring shows such as CNN's 'Hotels of the World SKY Travel -  TV Travel Shop Paradise Abroad -  Financial Focus Colourful Cuba Great Golf Courses of the World - Fishing Ireland - and all things Irish.   It's safe to say that when it comes to holiday destinations there is little she doesn't know on what's hot and what's not.  Trish has also got petrol in her veins and has just filmed Motorcycle Live 2012.
Very active in the corporate market, Trish appears on many in-house business and training channels including having done work for the Bank of England, Bank of America, Abbey, Post Office, Nissan, Norwich Union, Accenture, London Underground and Selfridges.
Regularly in demand as a conference facilitator and awards host around the world, Trish has a reputation for being a quick leaner. She can deliver scripts with such confidence that she has even been asked by people attending the conferences she has hosted to coach their teams.
Recent clients include Sony, Apitito, Fujitsu Siemens, the ACE Press Awards, Eurobest, Cannes Lions Advertising Festival, TNT, Omron, Heineken, Psion, Fleet Car, Electric Car Company, Polar and BNP Paribas.
Trish is a natural ad-libber and can keep the show on the road even when things don't always go according to plan and she injects just the right amount of humour and professionalism.
Trish is also in demand as an Irish voiceover artist and has been described as having a voice as smooth as a pint of Guinness.  She is the voice of many TV and radio ad campaigns and is a great choice for presenting corporate videos and hosting conferences and awards.
"I employed the services of Trish Lynch to speak and present at a recent ACE Event; the ACE Ciirculation and Distribution Award, attended by several hundred senior people from the fields of publishing and distribution. Trish not only gave an excellent introductory speech but also presented some thirteen awards to the winners and runners-up. She is competent, confident and full of personality. She also understands how to 'manage' an audience. I would thoroughly recommend her."  Head of Marketing, ACE - March 2013
"Trish was highly professional, totally charming, and able to adapt to last minute changes in a very impressive and polished manor. The Vice President applauded Trish for a job well executed. We have no hesitation in recommending Trish Lynch as a top presenter."   Trish presented McCormick's Group Conference for RBA Events
Read More