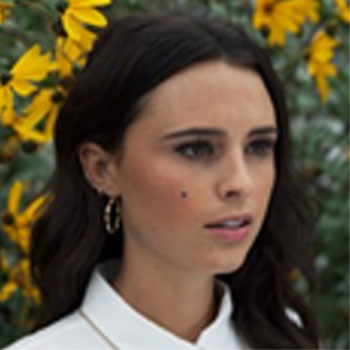 Venetia is a TV presenter, producer and content creator. After graduating in English Literature and Film from Warwick University, she kick-started her career at MTV, where she produced their flagship show, MTV News. It was there that she dipped her feet in to presenting, interviewing Hollywood A-listers including Cameron Diaz, Jennifer Aniston and Colin Firth.

Venetia was then spotted by 4Music, and joined their presenting roster to host daily live show: Trending Live. It was at Channel 4 that Venetia honed her live television experience and further developed her interview technique, by chatting to celebrities including Ryan Reynolds, Dua Lipa and Rita Ora.

Venetia is one of Tastemade's Tastemakers, creating recipes and hosting digital content for their global platform. Venetia is also a presenter for River Island Style Studio, with whom she hosted The BRITs red carpet live fashion panel in February of this year. She has also just been announced as the new face of LEGO Gaming on their new LEGO Gaming YouTube channel.

In September 2017, Venetia launched her own podcast Talking Tastebuds, a weekly interview series in which she chatted to guests about their relationship with food. You can also find Venetia on her own YouTube channel, where you can find a mix of weekly lifestyle videos.