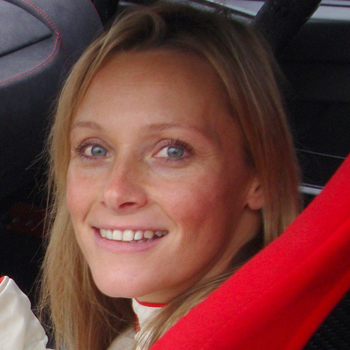 Vicki's extensive knowledge and experience is invaluable to Fifth Gear on Five. She joined the team after presenting Top Gear for the BBC from 1998 to 2001, Top Gear Gti for UK Horizons from 2001 to 2002 and UK Horizon's Top Bikes.

In 2003 she hosted Five's ' Be a Grand Prix Driver'. The competition saw Jenson Button and fellow Fifth Gear presenter Tiff Needell put 1,000 potential drivers through their paces to find the next F1 driver.

Vicki started her career as editorial assistant for Car Mechanics Magazine after completing a journalism course. She then co-launched Max Power magazine and has also written for Auto Express, Carweek Magazine and worked as News Editor at What Car?.

Vicki has been in the driving seat since the tender age of 12 and until the age of 17 raced a 100cc kart. As she gained experience she raced a Ginetta two-seater sports car in the one-make series in 2000. Not only does Vicki compete, she is also a Racing Instructor at many UK circuits and holds a RZCMSA Race National A licence. Her love for motorcycles has led to her buying a Ducati Monster 750.

Outside of TV, Vicki co-presented the Virgin Radio Breakfast show in 2002 and can be heard on a number of successful voiceovers including Wrigleys Extra Thin Ice. She has guest appeared with Steve Wright on Radio 2 and Woman's Hour on Radio 4.

In the corporate market, Vicki is a popular choice to host events, provide voice overs and endorse products.