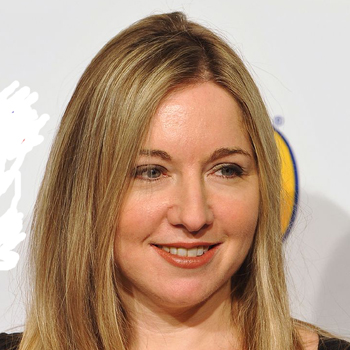 Victoria Coren Mitchell writes a weekly column for The Observer, a monthly column for Elle and is the resident agony aunt for GQ. She presents the BBC quiz show Only Connect, presents and produces the Radio 4 comedy series Heresy, and is a competitive international poker player, to date the only person to have won two titles on the European Poker Tour.

At the age or of 14, Victoria submitted a short story to Just Seventeen magazine under an assumed name. The story was accepted and published, earning her £90. Hooked on trade immediately, Victoria answered a nationwide appeal from the Daily Telegraph for a teenage columnist (her ‘audition column’ was about the terrors of the countryside for an urban child), got the job and wrote for them weekly for four years.

A collection of Victoria’s teenage newspaper articles was published in 1990. After university, she became a freelance journalist and broadcaster. In 1999, Victoria adapted the newspaper columns of John Diamond into a play A Lump In My Throat, which was performed at The Grace Theatre and The New End Theatre in London and The Assembly Rooms in Edinburgh. She later re-adapted it into a TV play for BBC2 starring Neil Pearson.

As a broadcaster, she has presented Fourth Column and Off The Page for Radio 4 and two series of Balderdash And Piffle (about the Oxford dictionary and the history of words) for BBC2, as well as other BBC documentaries on language, surrealist art and Mary Poppins. As a poker and gambling specialist, she has presented Late Night Poker and The Poker Nations Cup for Channel 4, a series of World Poker Tour for ITV2 and the chat show Bar Beat for the Poker Channel, as well as providing commentary for The European Poker Tour and The Grosvenor UK Poker Tour (Channel 4), Ultimate Poker Challenge (Channel 5), Celebrity Poker Challenge (ITV1), The William Hill Grand Prix (Sky Sports), Celebrity Poker Club and Casino Casino (Challenge TV).

She has also appeared as a guest on Question Time, Have I Got News For You, QI, Eight Out Of Ten Cats, Opinionated, You Have Been Watching, Loose Ends, Midweek and Woman’s Hour.

In 2008, with her brother Giles, she co-edited an anthology of their father’s writing, Chocolate And Cuckoo Clocks.

In 2012 she married comedian David Mitchell. They have one daughter.