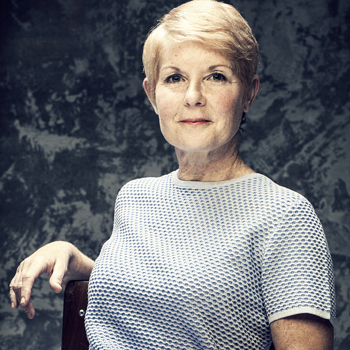 In addition to competing in freestyle skydiving at the World Air Games, Wendy Addison is a published author, development coach and motivational speaker who spent over 20 years as an accountant specialising in treasury management within listed companies in South Africa and the UK.
Her act of reporting corruption at LeisureNet Ltd in South Africa in 2000 began one of the biggest corporate disasters in South African history.  Standing up for her principles and values, Wendy showed courage and a willingness to endure danger and the potential of losing both her livelihood and life, by taking a moral stand against bribery and corruption.
She was ousted as a whistleblower.  On one side were the wrongdoers, still with the credibility and authority of their positions and a wealth of resources behind them. On the other side Wendy was discredited in the public's eyes, unemployed, unemployable (because of the notoriety of the case), running out of money, receiving death threats and having lost the support of friends and family.
Wendy's story is one of courage and endurance, of hope and justice. It covers ambition, corporate greed and skulduggery, telling the truth and alienation from a society that misguidedly applauds coveted wealth. It's about how life can dramatically shift from success to begging on the streets of London without warning.
The players in her story are many and varied: from the corporate world to the judiciary, governments and the UN.
Wendy's battle has been for what's 'right' and along the way she has exposed much of what is 'wrong' in the world. It's about Truth or Dare or rather 'Daring to tell the truth.
Wendy is a critical thinker and a powerful speaker with fresh insights that both entertain and inspire.
She has spoken to thousands of people across three continents with past engagements including Tedx Tokyo, the United Success Women's Entrepreneurial Symposium in Amsterdam, the CFA Institute's Annual Travelling Conference in Africa and Mauritius as well as numerous corporate speaking engagements and university lectures.
"Wendy was amazing -  everyone enjoyed her talk and she made is so relevant." - November 2015
"Wendy's candid delivery and excellent presentation skills captivated the audience.  She is a gifted presenter with a clear message to share and was extremely popular with the entire audience."   Yvonne Finch - Director of United Success
"Wendy tells her story not to make herself look good, but to show others that being true to yourself is possible for each and every one of us. It gives us permission to tell our own story, however difficult it may turn out to be. Those hearing her story will find it personally heartening, inspiring and motivational."  Colin D Smith - Owner of The Listener

Corporate whistleblower whose story is one of courage and endurance. She reported corruption at LeisureNet in South Africa, facing danger and becoming unemployable as she battled for what was right.