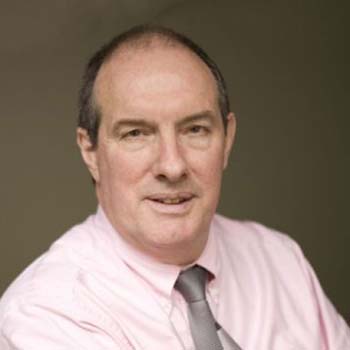 Will Hutton is currently CEO of The Work Foundation which is a not-for-profit organisation that brings all sides of working organisations together to find the best ways of improving both economic performance and quality of working life. Formerly editor of the Observer, Will has also been Chief Executive of the Industrial Society.
From 1990 to 1996 he was economics editor of the Guardian. A former stockbroker, Will Hutton spent ten years with the BBC and from 1983 to 1988 was economics correspondent for BBC 2's 'Newsnight'.
He was nominated Political Journalist of the Year by Granada TV's 'What the Papers Say' for his coverage of the 1992 ERM crisis.
His book on Keynesian economics, The Revolution That Never Was, was published in 1986.
Will is a member of the governing council of the Policy Studies Institute, the Institute for Political Economy and Charter 88. He is on the editorial board of New Economy and is a governor of the London School of Economics.
In 1995, he published his second major book, The State We're In, which meteorically rose to being the No 1 business best seller. It has been recognised as an outstanding book and gives a remarkable insight into our national institutions and questions their suitability to lead Britain in the modern world.
The book, however, is not a depressing analysis of contemporary Britain but rich in ideas and breathes human sense back into economics. It analyses the structural weaknesses of the British economy and suggests a new approach, to enable British industry to compete more effectively in the global marketplace. It is said to have inspired Tony Blair when shaping ideas for the New Labour project.
Will Hutton is an outstanding and lively speaker and is enormously respected for his ideas on current European and global economic issues.

CEO of the Work Foundation and former economics journalist.