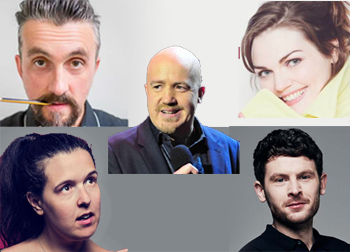 Our Annual Speakers Drinks attracted an even bigger crowd from the events industry this year, with host Andy Parsons getting the comedy off to a cracking start and warming up the audience for varied acts from Markus Birdman, Rosie Jones, Naomi Cooper and George Lewis.

In the splendour of the Nash Room at the IoD, canapes and comedy washed down with a few glasses of vino provided the perfect networking formula for over 150 leading professionals from events companies, publishers and end clients.

By close of play both January and Brexit Blues were blown away – for the night at least. Do view the event page for highlights and a gallery from the evening.