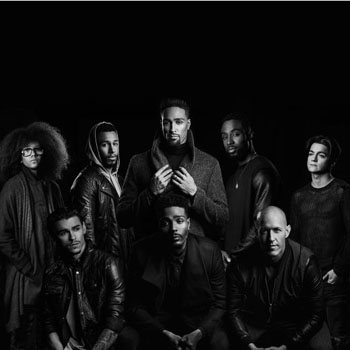 The British street dance troupe was formed in 2007 and are best known for winning the third series of Britain's Got Talent in 2009, famously beating Susan Boyle in the live final.
Diversity are 11 lads aged 16 28. The three sets of brothers and four other members are all from the East London/Essex area and most have grown up together. So in many ways they are like one big happy family and it's not surprising that their chemistry on stage is real.
Diversity was formed in 2007 when the younger dancers combined with the older ones and that year they won the UK dance championships. But they are most well known for winning the third series of Britain's Got Talent in 2009, when they felt they were ready to tackle the competition.
Having sailed through the audition, and impressing the judges to get through to the semi-finals, Diversity were set to take on the other nine finalists in the live show on 30th May 2009. Diversity pulled out all the stops in the final performance and they blew the judges away with their dynamic and creative dance moves, famously beating Susan Boyle in the live final.
Since then, Diversity have been performing all over the country, even performing at the Royal Variety Performance in front of Her Majesty the Queen.
Ashley Banjo, the group's leader and choreographer, who is currently studying natural sciences at university, tries to create a dance style that is eye catching and entertaining using films such as Transformers for inspiration.