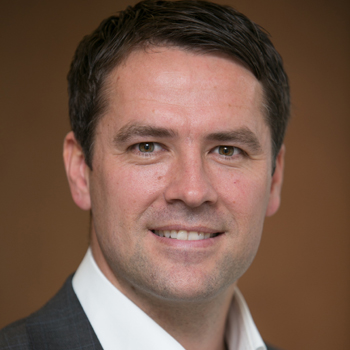 One of the most respected if not most feared strikers in the game of football, Michael Owen played as a striker for Liverpool, Real Madrid, Newcastle United, Manchester United and Stoke City as well as the England national team. Michael is now a regular football pundit on BT Sport.
The son of former footballer Terry Owen, Michael was born in Chester and began his senior career at Liverpool in 1996. He progressed through the Liverpool youth team and scored on his debut in 1997. In his first full season in the Premier League he finished as joint top scorer with 18 goals. He repeated this the following year and was Liverpool's top goal scorer from 19972004, despite a recurring hamstring injury. In 2001, Liverpool won a cup treble of the UEFA Cup, FA Cup and Football League Cup, and Owen was the recipient of the Ballon d'Or. He went on to score 118 goals in 216 appearances in the Premier League for Liverpool.
He moved to Real Madrid for £8 million in 2004 where he was frequently used as a substitute. He scored 13 goals in La Liga before returning to England the following season where he joined Newcastle United for £16 million. After a promising start to the 200506 season, injuries largely ruled him out over the next 18 months. After his return he became team captain and was the team's top scorer for the 200708 season. Newcastle were relegated in the 200809 season and Owen moved to Manchester United as a free agent. He spent three years at Old Trafford before joining Stoke City in September 2012. Owen is one of seven players to have scored 150 or more goals in the Premier League. He was the youngest player to have reached 100 goals in the Premier League. On 19 March 2013, Owen announced his retirement from playing at the end of the 201213 season.
Internationally, Michael Owen first played for the senior England team in 1998, becoming England's youngest player and youngest goalscorer at the time. His performance at the 1998 FIFA World Cup brought him to national and international prominence and he went on to score in UEFA Euro 2000, the 2002 FIFA World Cup and UEFA Euro 2004. He is the only player to have scored in four major tournaments for England. He played at the 2006 FIFA World Cup but suffered an injury which took him a year to recover from. Occasionally playing as captain, he is England's tenth most-capped player and has scored a national record of 26 competitive goals, with 40 in total from 89 appearances, most recently in 2008.
Michael Owen owns several cars and a helicopter and enjoys horse racing and gambling. He owns race horses, trained by Tom Dascombe, and bred the horse Brown Panther which won a major race at Royal Ascot in 2011.

Renowned striker for Liverpool, Real Madrid, Newcastle United, Manchester United and Stoke City as well as the England national team. Michael is now a commentator and pundit on BT Sport.