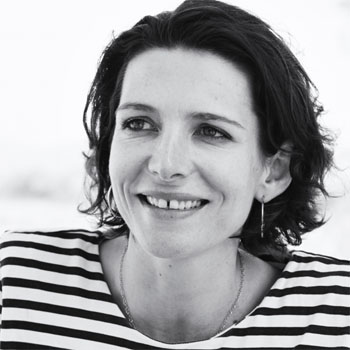 Thomasina Miers is the co-founder of the Mexican food chain Wahaca, the 2015 winner of Master Chef, TV Presenter and writer of 7 cookery books. She speaks on “Sustainability in Business", "Overcoming Challenges" and also "Leadership".

After attending Ballymaloe Cookery School in East Cork for three months and working on a cheese farm in Schull, Tommi’s love for Mexican food developed when she opened a cocktail bar for some friends in Mexico itself. She then realised that the diversity of the ingredients and the quality of the food caught her attention and back in the UK she was introduced to her now business partner Mark Selby.

After endless talks about food and restaurants and several trips to Mexico, Tommi and Mark have now grown their business from 1 restaurant to 27.

Having written a weekly column for the Times for a few years from 2005, Tommi went on to write for Country Life from 2011-2014. She now has a happy home in the Saturday Guardian magazine, with a weekly column called ‘Weekend Cook’ with accessible, simple yet delicious food. She has also presented several TV programmes for Channel 4 and Channel 5.

Corporate talks include such themes as:

Sustainability has been a core value of Wahaca since it started and it continues to drive key decision-making within the organisation, from ethical sourcing of ingredients to using recycled materials in its sites.  They spear-headed The Pig Idea, a national campaign to cast light on the damaging effect of the European ban on recycling food waste in 2013 and they were the first restaurant group in the UK to be certified as Carbon Neutral. Through Tommi and her business partner’s leadership they have won many awards for the sustainability of their restaurant builds, their fish sourcing and their overall sustainability from companies such as the Sustainable Restaurant Association and the Marine Stewardship Council.  In 2019 Tommi was nominated by DEFRA and put on the Queen’s honour’s list for her work in this area. Here Tommi will speak passionately about why sustainability is at the core of everything she does and will outline the steps other business can take to reduce their own carbon footprint.

From her catapult into the national media after winning Masterchef to growing her business from 1 restaurant to 27 whilst simultaneously raising three young children, writing a national restaurant column and campaigning on many topics including better school food and sustainability, Tommi has faced and overcome many challenges.  In this humorous and highly personal talk Tommi shares some of those challenges and the lessons she’s learned along the way.

Tommi draws on her experience of growing Wahaca from one restaurant in Covent Garden to a national chain employing 1300 people.  She demonstrates how strong and compassionate leadership was instrumental in creating a family culture in her business, where workers were valued and their contribution welcomed and rewarded.  She will share the leadership challenges she faced as the company grew and pass on the key lessons she’s learned.

From her first recipe book “Soup Kitchen” to Wahaca’s Street Food Project, from her charitable work supporting the children of Mexico to her involvement with The Clink, "giving back" is frequently at the heart of Tommi’s work.  In this talk she will explain why "giving back" is so important to her and will suggest ways that all of us, individuals and businesses alike, can contribute for the good of our society.

Thomasina is the co-founder of the Mexican food chain Wahaca, the 2015 winner of Master Chef, TV Presenter and writer of 7 cookery books. She gives talks on "Sustainability in Business","Overcoming challenges in Business"and "Leadership" drawing on her own mental health struggles in early life, and how they informed her approach to business challenges.