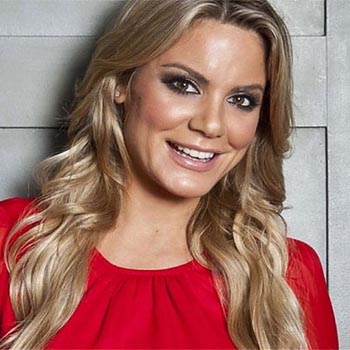 A popular TV presenter who is currently presenting on Sky Sports News. She also presents the Euro Pro Tour Golf and has just finished appearing on ITV1's Saturday night show Splash!
Charlotte's TV break came hosting a live daily sports show on Setanta Sports when it launched, and she demonstrated her sporting prowess presenting an Olympic Special 'All Action Jackson', where she participated in a number of Olympic disciplines, including show jumping. Charlotte has also presented ITV's Champions League Weekly and beach soccer, and has hosted the Beijing Olympics and
Champions League for Al Jazeera Sport. For ITV1 she presented 71 Degrees North, has captained the ladies team on the Big Sports Quiz and appeared on Sky One's A League of Their Own.
After completing a journalism course, Charlotte's TV career began working behind the scenes at Sky Sports.
Charlotte has hosted a vareity of events including the 2011 Champions League final dinner in London, the UEFA Season Kick Off party in Monaco in 2010 and the World Player of the Year awards for FIFA in 2009.
Some things not obviously known about Charlotte:
She trained to be a doctor before deciding on a career in TV.
Charlotte was in a girl band called Nebula 101 and was backing singer to Tony Christie on his no.1 hit Is this the Way to Amarillo.
When she was just two years old she broke her collar bone, Charlotte then broke her metatarsal playing football, her leg skiing, her arm (twice) horse riding, her fingers playing lacrosse and her nose water skiing!
Read More