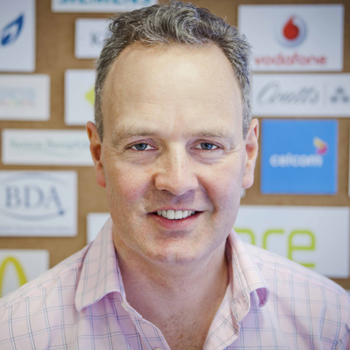 James is an experienced entrepreneur and business advisor.

He is a core Director of FutureAgenda.org, the world's largest open foresight programme - looking at the World in 2025. Throughout 2015 (and some of 2016) we held workshops around the world to bring together experts to discuss different perspectives of how the world will be by 2025.

He is an advisor to a number of innovative finance payers including Seedrs, Loot, Spacehive, LandBay and Tandem.

He also advises a number of social ventures and charities including the RSPB (where he was previously a Trustee), the GoodLab, the Suffolk Wildlife Trust, GreenThing and as Chair of Gen Community Ventures.

James was previously a co-founder and Executive Director of Zopa, the world’s first and Europe’s largest P2P (peer to peer) lender, and prior to this Strategy Director at Egg. He has also worked as a growth strategy consultant at both The Foundation and LEK Consulting, where his clients included Tesco, Eurostar, Barclays, HSBC, Save the Children, The Guardian, Redburn, M&S and Just Giving.

James holds an MBA from INSEAD and a 1st class honours degree from University College, London.

He is also a birdwatcher and was fortunate enough to be part of a 3-person team who re-discovered three species of bird, previously considered by many to be extinct.

His speaking topics include:

"James has helped JustGiving tackle a number of growth challenges over the years, with rare intelligence and a genuine understanding of how to combine social purpose with commercial success. He combines superior intellect, playful imagination and commercial nous, backed by a high-quality network of business leaders across a wide range of industries .... We recommend him unreservedly."  Anne-Marie Huby, Co-Founder and MD of JustGiving

Chair of GEN Community Ventures. Co-founder of Zopa and a Trustee and former CEO of Green Thing. He was a Partner of The Foundation, a leading growth and innovation consultancy.