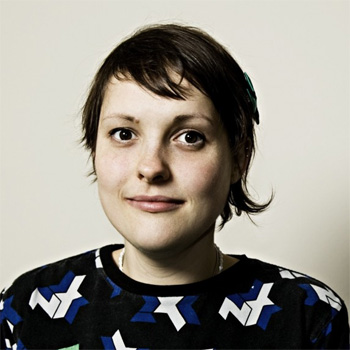 In 1999, Josie Long won the BBC New Comedy Award at the age of just 17 - making her too young for the champagne that came as part of the prize. Despite the boost the award would have given to her comedy career, she took time off performing to complete her English degree at Lady Margaret Hall, Oxford, returning to stand up in 2003.
Following the break, and after graduating, Josie returned to live stand up with full force. She was named best newcomer in the Chortle awards in 2005, and best breakthrough act the following year. In 2006, she also scooped best newcomer in the if.comedy awards for her solo Edinburgh debut, Kindness and Exuberance.
Josie supported Stewart Lee on his 2005 tour, and during that time she contributed sketches and one-liners to BBC Radio One's comedy show, The Milk Run.
That same year she began publishing a free fanzine, Drawing Moustaches In Magazines Monthly Magazine, which has featured contributions from Robin Ince, Kevin Eldon, Stewart Lee, Danielle Ward and Isy Suttie.
In 2006 Josie's career shifted up a gear when she won the If.comeddies Best Newcomer award at the Fringe, before launching her own monthly comedy clubs, The Sunday Night Adventure Club, at the ABC Café in Crystal Palace and The OK Club at the Boogaloo pub in Highgate, North London.
On TV Josie has written for the Channel Four drama series Skins as well as appearing in an online webisode and episodes five and ten of the second series of the show, in which she plays a college careers advisor.
She has also guested on Never Mind The Buzzcocks, and on radio appeared on Just a Minute and her own radio series Josie Long: All of the Planet's... broadcast on BBC Radio 4 in 2009.
Josie's infectious enthusiasm for the seemingly insignificant and trivial things in life, coupled with her whimsical style, fiercely intelligent observations and cutting put downs - give her a unique edge.
Josie's 2010 show Be Honourable brought her an Edinburgh Comedy Award nomination alongside Russell Kane (who won), Greg Davies, Bo Burnham and Sarah Millican. She was also nominated in 2011 and 2012.
A regular guest on various TV and radio panel shows, Josie currently lives in Hackney, East London.
"It was lovely to meet you and thank you so much for entertaining the attendees of the Sustainable Housing Awards brilliantly. It was an absolute pleasure to work with you and hopefully you'll be able to work on another one of our awards in the future."  Ocean Media Group - October 2013
Read More