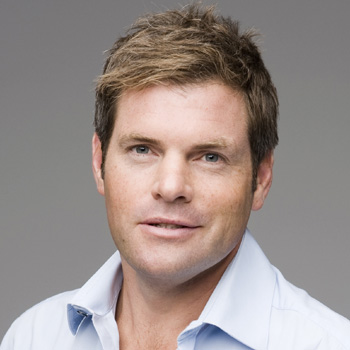 Mark has most recently presented the AVIVA Rugby Premiership coverage, plus was one of ITV’s main hosts for the Rugby World Cup 2015 which followed fronting Sky's BAFTA winning rugby coverage. He also hosted ITV1’s ground breaking new gameshow Freeze Out.

Mark has presented This Morning on ITV alonsgside Kate Thornton and Myleene Klass while is a regular pundit on Lorraine Kelly's reviewing the papers. He has also appeared as a guest presenter for The Breakfast Show on BBC London Radio alongside Gaby Roslin.

Mark came to prominance as the launch anchor of RI:SE on Channel 4n while and he also the first few series of ITV2's I'm A Celebrity Get Me Out Of Here Now, The Underdog Show with Tara Palmer-Tomkinson on LIVING and Gutted on Home.

Following in the footstpes of his mother, Judith Chalmers, he hosted ITV1's Wish You Were Here - Now and Then and received a Broadcast Awards nomination for ITV1's Boat Race Coverage .

Mark's has a regular column in Metro and was the ‘Voice of O2’ for the England Rugby Team at the Rugby World Cup.