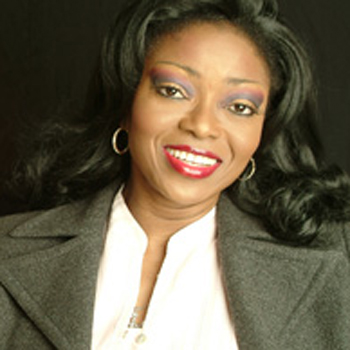 Patti Boulaye first came to this country from Nigeria at the age of 16 and appeared in her first West End Musical 'Hair'. 'Two Gentlemen of Verona' followed this and 12 months as one of the fabulous 'The Flirtations' pop group. She returned to the London stage as 'Jesus Christ Superstar'. In 1975 Patti was cast in her first West End Starring role, 'Yum Yum' in the 'Black Mikado'. This gave Patti her first of many plaudits by the critics for her West End appearances.

Following 'The Black Mikado' Patti changed her name from Patricia Ngosi Ebigwei after a chance meeting with the vivacious Evelyn (Boo) Laye. After starring in the successful African film 'Bisi Daughter of the River', Patti won the ABCTV 'New Faces' Series with an unprecedented full marks. Patti starred in her first British film 'The Music Machine' followed by 'Hussy' with Helen Mirren.

Patti's gone on to have a highly successful and critically acclaimed career making extensive world cabaret appearances, producing 7 albums and appearing in countless shows including Sion Callow's Carmen Jones, as well as producing her own version of 'Blues In The Night'.

Yet her time on stage is only one part of her life. Away from the stage, she is the Founder/President of the charity SUPPORT FOR AFRICA, which organised a 5000 strong gospel choir for The Golden Jubilee Parade in 2002. She is also successful jewellery designed with her own regular spot on QVC, and has sought political office for the Conservative Party.

And yet despite all this success, Patti's career choice led to ostracisation from her family. The thought of a career in showbiz horrified her parents who had expected their daughter to take a up a profession such as law or medicine.

In her presentations she talks about following your dreams, and living life on your own terms. She draws on the early isolation she felt from her family, and how ultimately she's used her setbacks to spur her on to ever greater achievements.

Patti Boulaye is best known as an actress and performer in shows such as Hair and Jesus Christ Superstar, however she is also a successful businesswoman and a popular speaker at corproae events.