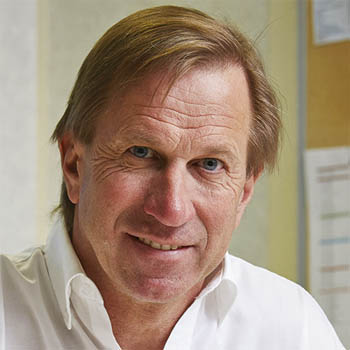 Peter Digby trained as an aircraft engineer, successfully completing an engineering apprenticeship with British Airway.  He moved into motorsport, joining the new Williams F1 team in 1979.
After just one year of looking after component overhaul he was promoted to be the manager in charge of race car production. This role was subsequently expanded to become Production Manager and then Factory Manager with sole responsibility for the whole manufacturing facility, consisting of 120 personnel.
Following his success at Williams, and having gained his MSc, Peter was asked to join the new F.O.R.C.E. (Team Haas) F1 Team as Assistant Managing Director. Working alongside F1 luminaires such as Ross Brawn and Adrian Newey, Peter ran the manufacturing programme and factory management, operating from a new facility near Heathrow airport. During this time F.O.R.C.E. became a major customer of the fledgling Xtrac Ltd.
When a change of sponsorship brought about the closure of the F.O.R.C.E. team, Peter joined Xtrac as Manufacturing Director, bringing a wealth of contacts from F1.
Xtrac supplies gearboxes and components for Formula 1, Le Mans and other Sports car races, rally cars and touring cars, and has an expanding Automotive Sector, with sales of £45m. In 2015 77% of the sales were direct exports.
Peter Digby built the company into the world‘s largest and most successful motorsport transmission supplier with nearly 300 employees and a £40m turnover.
In 2000 HSBC Private Equity acquired a 25% stake in the business. They left the business in 2013, returning ownership to all the managers and employees via the award winning Xtrac employee Benefit Trust.
In 2003 Xtrac opened its first facility in the US in Indianapolis, adding another office in North Carolina in 2010.
Peter‘s business successes have been recognised with awards including:
2016 IOD Director of the Year South Region Finalist
2015 The Manufacturer of the Year Awards - People and Skills - 1st
2014 The Manufacturer of the Year Awards
CBI Entrepreneur of the Year
2013 IOD UK Director of the Year
Read More