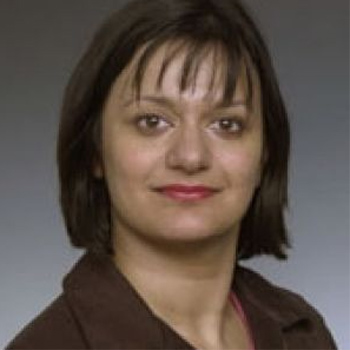 Sarah began her journalistic career in 1989, freelancing for Sky News as a producer.  She then went to BBC Radio Bedfordshire - later to become Three Counties - as a reporter and producer.

In 1994, after a stop off in Elstree to work on political programmes, she reached the Southern end of the M1, and started work as a reporter in Broadcasting House for GNS, the department of the BBC that provides national and international news for the local radio network.

She became environment specialist in 1998, before moving to BBC News 24 in October last year.  She's also part of the presenting team for Radio 4's "Farming Today".

Sarah is married with two children and now lives in Cambridgeshire.